The champion of the 2018 WCOOP Main Event never received his prize. 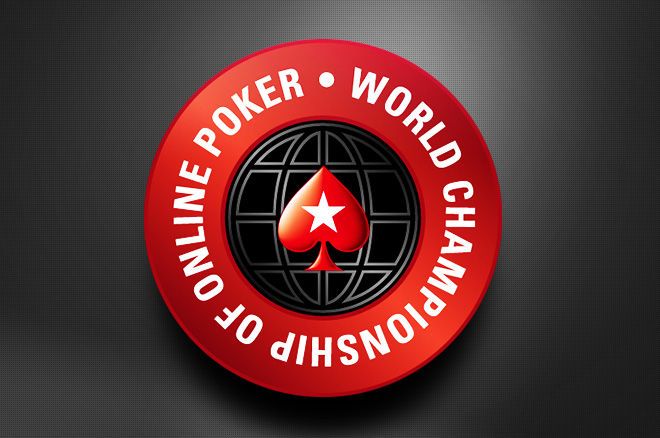 According to a tweet by Max Silver on Friday, PokerStars had frozen the account of the 2018 WCOOP champ, “wann2play” shortly after his victory, and started an investigation. According to our sources, “wann2play” was accused by several players of ghosting, meaning that a more experienced player helped the Dutchman (who won the WCOOP Me ticket on a satellite) once he reached the final table. 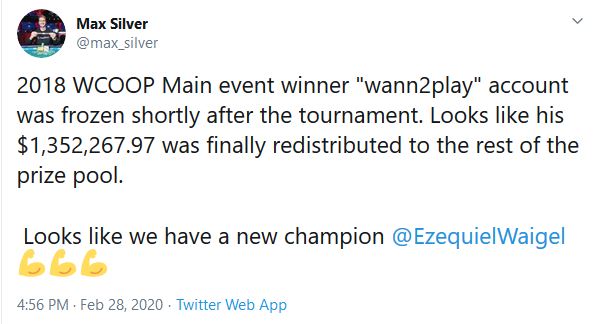 After the tournament was over, several players reported the champ claiming his playstyle was much different from what they experienced earlier in the tournament. PokerStars froze his account and started the investigation right on.

“Our players deserve a safe place to play online poker,” said Rebecca McAdam, associate director, group public relations. “That’s why we invest millions of dollars every year and have a large Game Integrity team working round the clock. A large part of the Game Integrity team’s responsibility is to thoroughly investigate players who appear to disrupt that safe, fun and enjoyable environment.”

“If the case arises where we believe that a player is acting inappropriately, we use cutting edge technology and practices to keep the game safe and distribute funds back to affected players as fairly and quickly as possible.”

Even though it may be surprising for beginner players, long-time professionals can easily spot suspicious activity of their opponents even online. It turned out that they were right, and after almost two years, PokerStars concluded that “wann2play” and another person used a VPN service and committed ghosting which is against their T&C.

The funds were redistributed between the rest of the field. The champion of the 2018 WCOOP is now Ezequiel “eze88888” Waigel.