However, the upcoming EPT Sochi will play as planned, according to a statement by PokerStars. 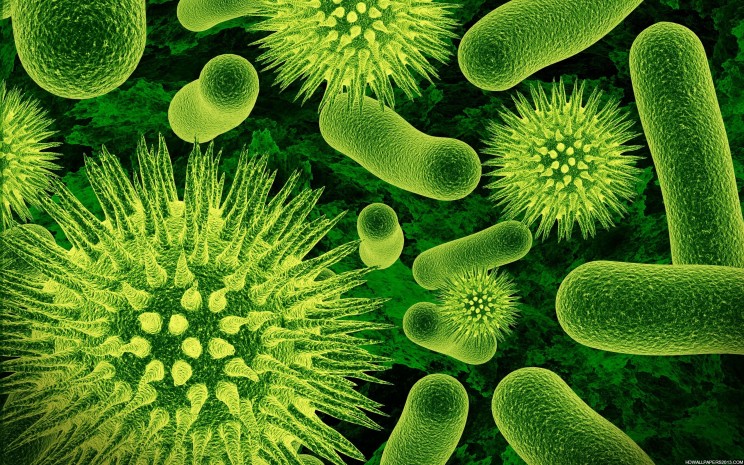 The Coronavirus reached the poker world as well, PokerStars has announced to postpone all European poker events except for EPT Sochi, which will kick off on March 20 at Casino Sochi and will be running for 10 days, offering high-stakes tournaments, including a historic one.

“With many PokerStars sponsored live events upcoming around the world, we wanted to take a moment to let our players know our current position regarding the coronavirus,” reads a note published by PokerStars on Sunday.

“We are closely monitoring the spread of COVID 19 and working with the casinos operating the events we sponsor to ensure we are being kept up to speed with all the latest developments.”

“As such, it is with a heavy heart that the decision has been made, in conjunction with each casino partner, to postpone all European events up until April 10, 2020.”

The affected events are the followings:

In addition to the PSPC events, Asian Poker Tour (APT) Danang will also be postponed. Instead of its original date of April 7-18, the festival will be held between August 19 and 30.

“The situation is highly dynamic and live tournaments are a big part of what we do,” the statement reads.

“So we are endeavouring to strike a balance of catering to our players’ wants while also protecting attendees, and ensuring we act responsibly.”

“We are reviewing every event on a case by case basis, and keeping up to speed on the latest developments alongside our casino partners.”

As it’s well known the coronavirus has been spreading all around the world in the past weeks and the number of infected people is rapidly growing. Several countries and organizations announced canceling major events with the likes of sports matches and international conferences.

The cancellation of the WSOP had been the subject of speculation in the poker community a few days ago, but according to the organizers, they have “no plan on canceling the event”. 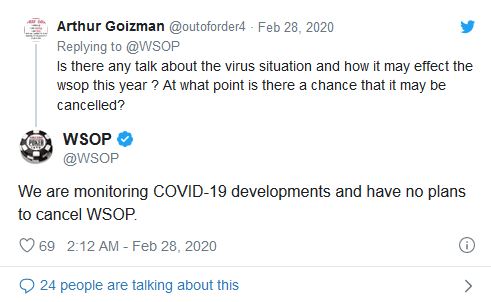